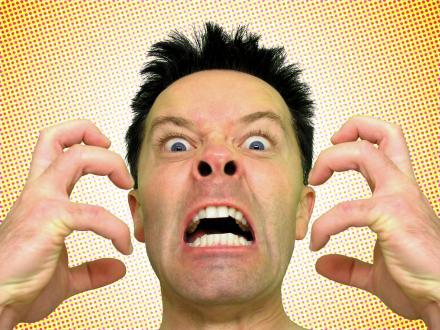 Fairly recently, a friend of mine was involved in a collision with a skater who appeared out of the other side of the road and rammed into his car. He was on his way to an important meeting and was just out of his base when the incident happened.

Understandably, he was thoroughly upset by the incident especially as the collision meant that he could not continue on his way because the scene needed to be accessed by the traffic police and the ambulance service also had to be called in, to make sure that the skater guy was not injured internally.

When you factor in the fact that the collision was by no means my friend’s fault, then one would understand his frustration and anger especially as the impact left a dent on his car, caused him to lose the side mirror of his car and ultimately led to him missing the important meeting.

When I heard this story – some time later, my mind immediately flashed back to the following story which I found on LinkedIn. It goes like this:

“A man and his teenage son lived in a beautiful valley.  They were very happy, but they were also dirt poor, and the man got tired of living in poverty.

He decided to go entrepreneurial and become rich by breeding horses.  He borrowed heavily from his neighbors and bought a stallion.  He kept it in a paddock and the very day he bought it, the stallion kicked the top bar loose and vanished.

The neighbors flocked around to commiserate. “You were going to become a rich man,” They said.  “But now your stallion has run away and you still owe us money.  How sad.” And there may have been some schadenfreude in their sympathy.

The stallion fell in with a bunch of wild horses, and the man spied them in a valley close by.  He was able to entice them into his paddock, which he had repaired.  So he now had his stallion back, plus a dozen horses.  That made him a rich man by the standards of that village.

The neighbors clustered around again, and there was a tinge of envy as they congratulated him.  “We thought you were destitute but fortune has smiled on you.” they said.  “You are already a rich man.”

The man and his son started to break the horses so they could sell them, one of them threw the man’s son and stomped on his leg.  It broke and healed crooked.

Again the neighbors came.  “He was such a fine young lad,” they said.  “Now he will never be able to find a girl to marry.”

And that very summer, the king of the country declared war on a neighbor, and press gangs moved through the villages rounding up all the able-bodied young men. They spared the man’s son because he had a game leg.

There were tears in their eyes as the neighbors lamented, “We don’t know if we will ever see our sons again.  You are so fortunate—you still have your son with you.”

So my friend missed his meeting, his car got dented and he lost his passenger side mirror in the process. On the plus side, the skater guy did not die, the collision was not worse and the meeting was ultimately rescheduled. Hopefully, the skater guy has learnt how close he was to meeting his maker and not pop into a busy road willy nilly in future.

I hope you enjoyed reading this and that you enjoy the rest of your week.

to stay in the know about upcoming titles and to receive free chapters.